Annatto color: one of the most important natural colors for the industry

Used by the indigenous people since the most remote times, upon discovery of Brazil annatto was referred to in the letter from Pero Vaz de Caminha to the king of Portugal Dom Manoel as “the true mine of Brazil”.

Of Tupi-Guarani origin, the word urucum (annatto) means “red” and its seeds were used by the Indians to dye war, hunting and fishing artifacts, as well as their bodies.

Annatto (Bixa Orellana L, from the bixaceae family) is the fruit of the achiote tree, a plant originating in Central and South America. Its fruit is protected by a capsule (“cachopa”)  covered by soft spines, having variable colors between green, red and purple. The annatto color is extracted from the outer layer of its seeds and is rich in yellow-orange carotenoids.

Today the annatto color is one of the most important natural colors in Brazil, widely used as coloring in the food, cosmetic and textile industries, among others.

Get to know how we produce annatto color

DAXIA started producing annatto color in 2015, when our extraction plant was created. Over the years, we have increased our production line and have become specialists in the extraction and application of the coloring. The trend of using natural products with functional characteristics and healthy appeal has made annatto the ideal choice to start our DAXCOR line of natural colors.

Through the production of the coloring, we contribute to the national annatto culture and assist industries in the manufacture of products with cleaner labels.

The annatto culture in Brazil comes mainly from small family producers, who benefit from such production to increase their annual domestic income.

We assist producers with planting, good agricultural practices, harvesting and drying, up to the processing of seeds, which go to our plant and distribution center located in the district of Guarulhos in the São Paulo State, where the color is extracted. 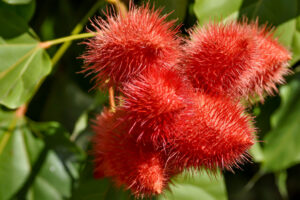 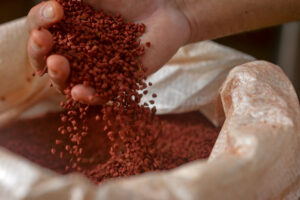 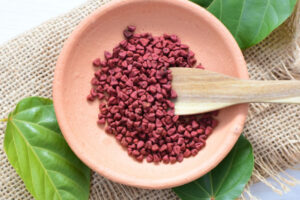 Annatto seeds are coated with a reddish-colored pasty layer and when ripe, they become dry, hard and dark in color. From the outer layer of the seeds we extract annatto color that mainly contain cis-bixin, also called alpha-bixin. The other pigments from the annatto are extracted from bixin, such as norbixin (fat-soluble) and norbixin salt (water-soluble).

Through extraction in our plant, we obtain annatto colors in fat-soluble and water-soluble forms, which meet the specific demands for each type of application. The annatto dye can be presented in the form of powder, paste, suspension or solution, of which the final color ranges from yellow-orange to reddish-brown. 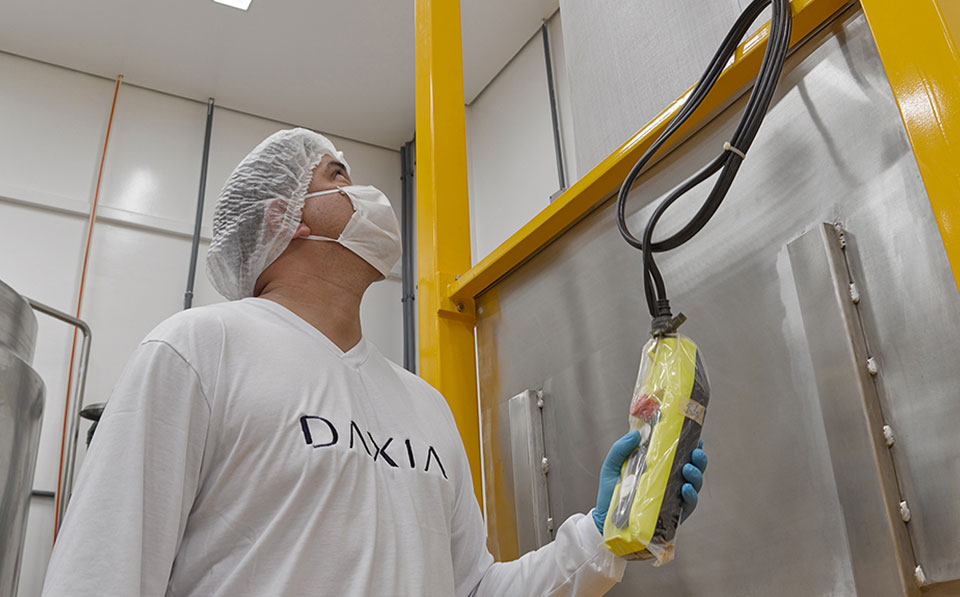 Annatto color is a natural product that allows a wide range of applications in the industry. 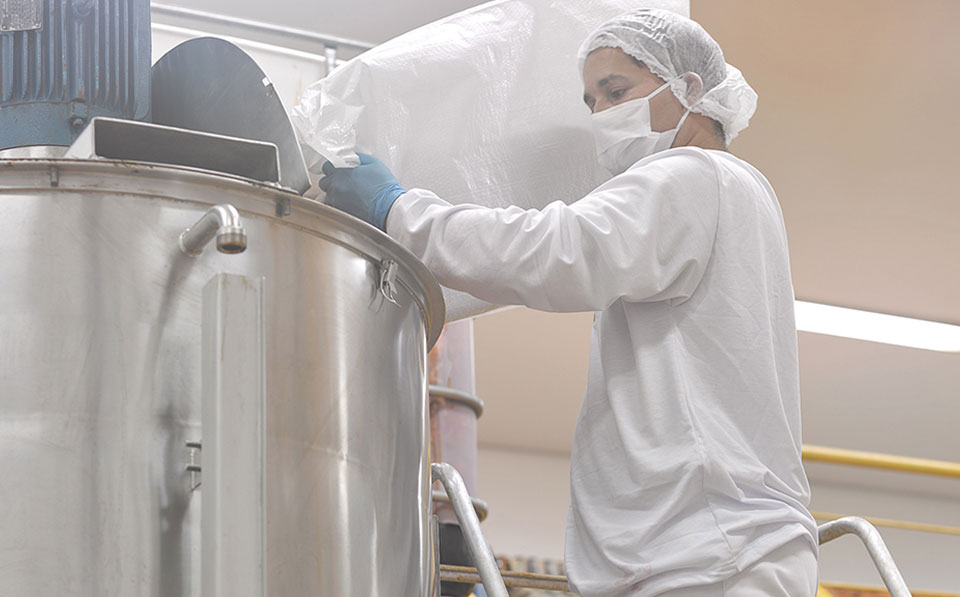 Through extraction in our production plant, we obtain annatto colors in fat-soluble and water-soluble forms. 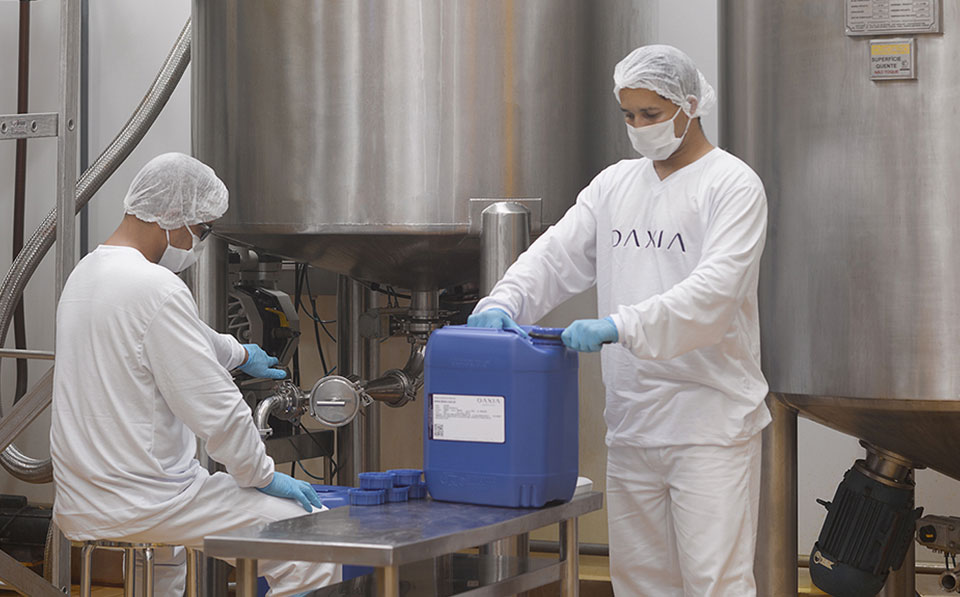 Our colors undergo a careful extraction process, which ensures their high-quality standard. 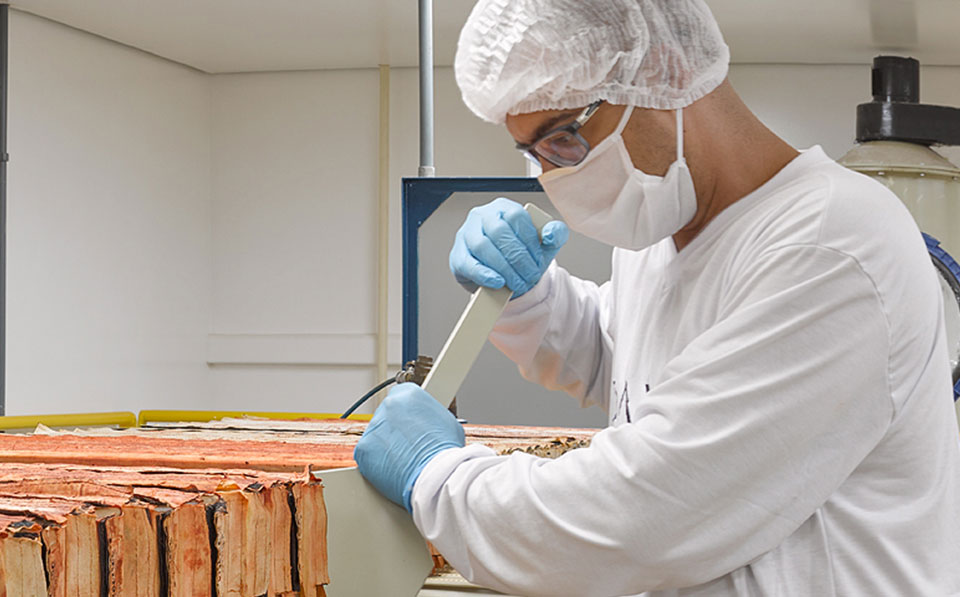 DAXIA’s extraction plant allows obtaining several product forms, such as powder and solutions, which meet the most specific demands of each market. 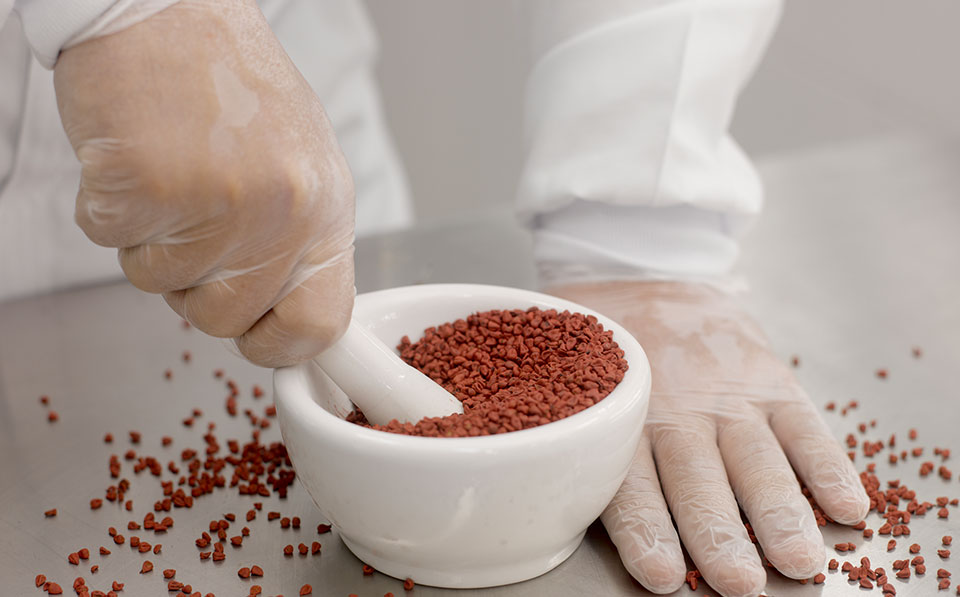 Our DAXCOR URUCUM line allows the creation of more natural and healthy products. 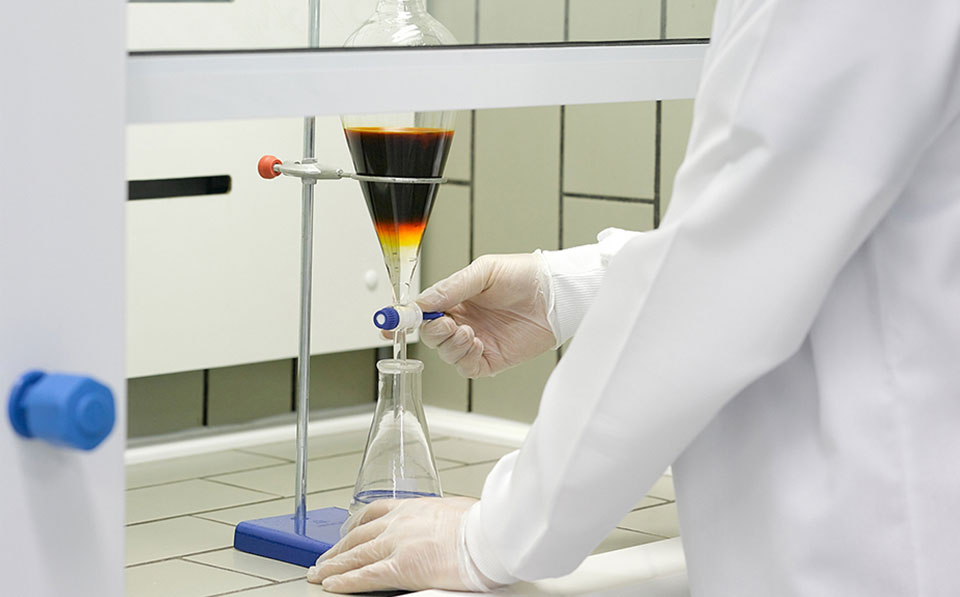 In our laboratory are analyzed the main parameters that guarantee a quality product and that allow distribution to industries in Brazil and other Latin American countries.

Widely used in the food industry, annatto color can be used in several applications.

The water-soluble extract can be applied in pasta, ice creams, confectionery, meat products and sausages, drinks and yogurts, among others.

In the cosmetics industry, the demand for natural products has been growing. Annatto color in its water-soluble form is used in shampoos, soaps, gels and serums, among others. The fat-soluble extract is mainly used in creams, suntans, makeup and other emulsions.

With the increasing interest of the population in consuming natural products, annatto has been gaining more and more space in the food and cosmetics industry. Its high application flexibility and stability are responsible for its high consumption in these industries.

The influence of food colors

Who has never heard of the expression "to ogle"? This expression reflects much more information than we can imagine. The appearance of a product may seduce consumers and lead to their approval or...

Annatto color: one of the most important natural colors for the industry

Used by the indigenous people since the most remote times, upon discovery of Brazil annatto was referred to in the letter from Pero Vaz de Caminha...